The 13th APD was held in Shanghai. It was the first APD in three years due to the postponement of APD in Seoul two years ago.

The venue for APD in Shanghai was a printing company that is a member of The Shanghai Packaging Technology Association (SPTA). We could feel the momentum of rapidly growing Shanghai from its large conference rooms and banquet hall equipped with a fancy stage setting.

The keynote speech of the APD introduced Shanghai from the origin of the megacity and its traditions to the latest printing and packaging technologies. In the area report presentation, Ms. Matsuyama of Rengo Co., Ltd., a member of the JPDA International Exchange Committee, gave a dignified concise presentation among other excellent presentations by each local presenter. She introduced the spirit of Japanese Omotenashi(hospitality) which can be felt and observed in package design and received loud applause at the end of her presentation.

On the next day of APD, we moved to Beijing to visit three design companies. The first visit was Dongdao, one of the largest Chinese design companies that employs 600 people and serves clients worldwide as well as in China. The next visit was Bofly Design where we felt a friendly atmosphere and its employees’ commitment to design work.

Our last destination was Bang Group, another one of the largest design companies in China. It has approximately 700 employees and creates corporate identity designs for various companies all over the country including dozens of banks. It was a significant visit and we were impressed by the scale of business comparable to the size and population of the country which are more than ten times bigger than Japan’s.

We toured Beijing the next morning and visited sites such as the Great Wall of China, making our tour memorable.

■Dongdao
Started by Mr. Xie Jianjun in 1997, Dongdao became one of the largest Chinese design companies. The total number of employees is approximately 600: 400 at Beijing headquarters and 200 at branch offices including Shanghai. The company employs 80 call center operators to administer inquiries from clients.
Mr. Xie Jianjun, the 40-year-old chairman, distinguished himself in the design planning of the 2008 Beijing Olympics and has created an enormous number of designs since then.

■Bofly Design Co., Ltd.
Bofly Design which was established by Mr. Yang Bo in 2008 is a small but highly capable design company with a total of 7 employees dealing with package design and branding design. Mr. Yang Bo, the president, is now 38 years old and exercises his talent and skill that were cultivated through art production in various design development.

■Bang Group
Founded by the designer Mr. Chen Dan and his younger brother who is a consultant in 1993, Bang Group, like Dongdao, is one of the largest independent brand consultancy and design companies in China which has 686 employees (400 at Beijing headquarters). Mr. Chen Dan, the chairman, is 44 years old and has worked on corporate identity design and brand development of famous Chinese companies. 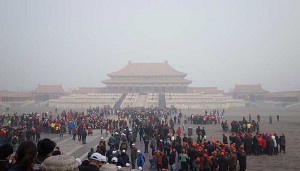 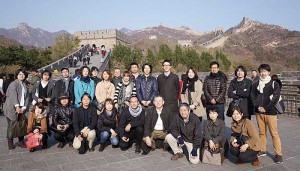