ASPaC Workshop at Taiwan University of the Arts

We organized an ASPaC Seminar and Workshop at Taiwan University of the Arts on October 31. We kicked off the activity at 9:30am with the introduction of ASPaC, a design seminar and a workshop in the afternoon. 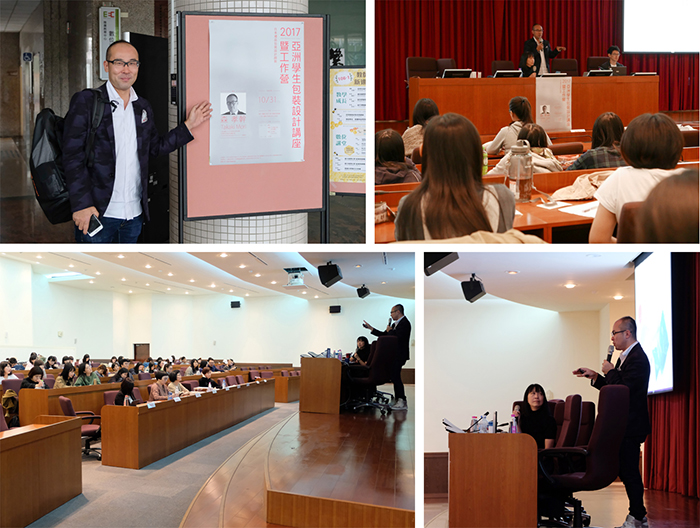 Watanabe started off with the introduction of ASPaC as a international cultural exchange project that connects students with companies through a design competition targeted at Asian students. The number of participating countries is increasing every year, as the scale of ASPaC grows. We also invited the students to take part in ASPaC next year.

Next, Vice Chairman Mori did a design seminar based on the theme “Japanese souvenirs”. The students listened attentively as he explained about the influence of Japanese seasons and regional varieties on the package design of the souvenirs, and how we can take a peek at Japanese culture through package design. 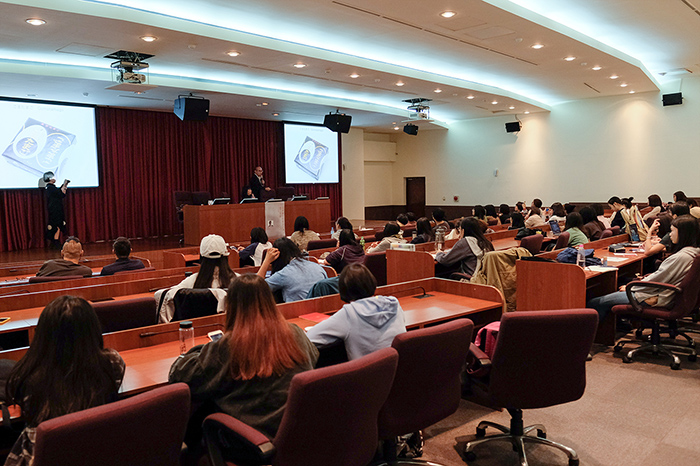 Both the speakers introduced themselves and their companies. Watanabe spoke about Wrinkle Shot, a product he was in charge of, and how he brought in the story into the design. Mori spoke about CAMPUS Note, of which his company did the design. We were also surprised to learn that many of the Taiwanese students used the notebooks from MUJI. We could feel the passion of the students as they craved to learn from professionals. 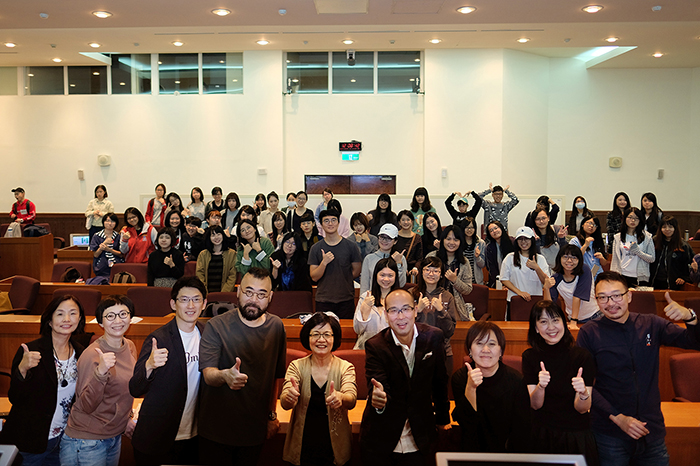 We moved to a different classroom at 1pm and started a student workshop with about 40 students. Each student brought a package that he or she liked, and we asked them to redesign the package based on the theme “challenge”. 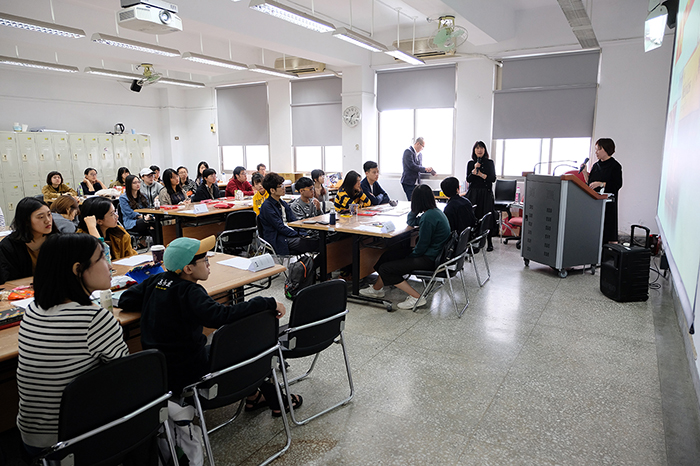 Ogawa gave a brief lecture on “Examples of Challenging Designs” and described the award-winning works of last year’s ASPaC before the workshop to give the students some inspiration. Ogawa also described about the package design of “Meltykiss”, which is a popular product in Taiwan, as many of the students have bought and tried it before. Having your designed product loved by people all over the world is the best gift for a designer!

After that, we had a workshop by Mori. Redesigning a package design does not merely mean changing parts of it, but it is important to challenge yourselves to think of designs that challenge the norms. Mori’s lecture inspired the students and sparked their creativity. We walked around the tables and gave the students advice on their work, not professional advice like what we do at work, but inspiring them on how they can be creative and challenge the package design they have selected. 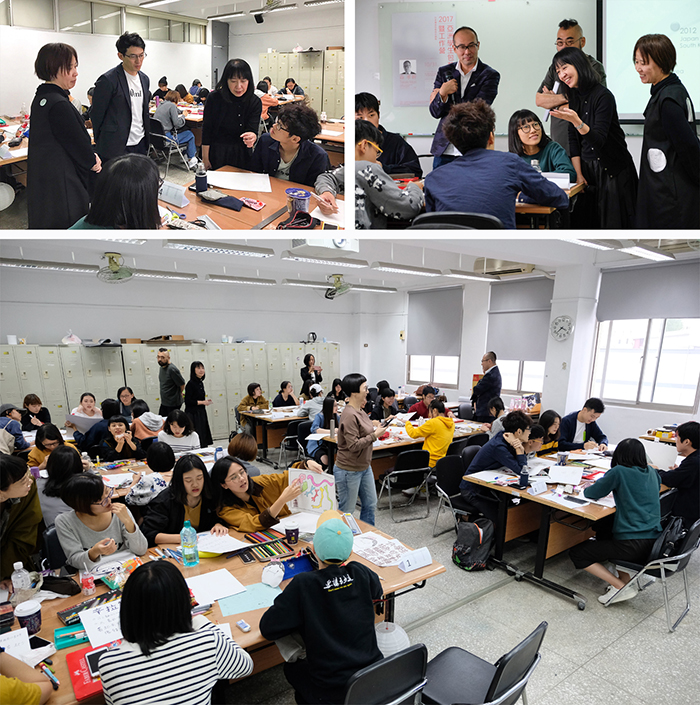 We then split into groups of six, as the students gave mutual advice and supported each other, as they improved on their work. First, they listed out the characteristics and charms of the package design they have selected, before sharing their objective perspectives and first impressions with their group members. They then brushed up the image before coming to the final idea. The students were engrossed in drawing on their sketchbooks as ideas kept flowing. We could see the students’ flexible minds and sensitivities as the sketches evolved as the group members discussed further.
With advice from their friends and the three professionals from ASPaC, the workshop became more and more lively as new ideas and inspiration filled the room. 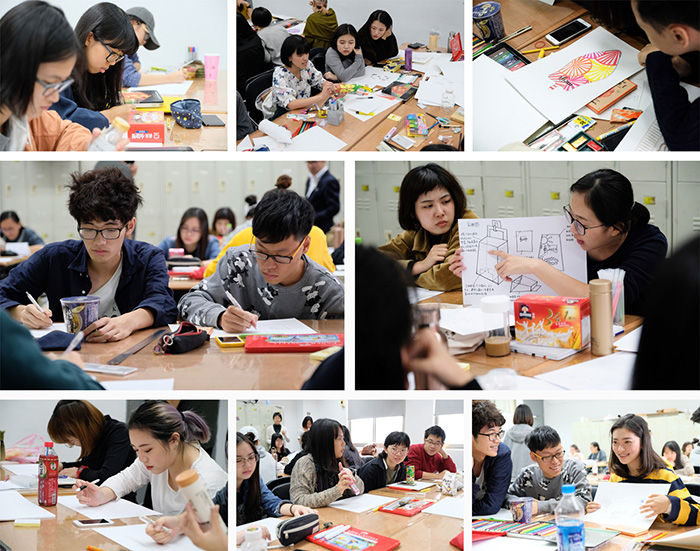 The students enjoyed the workshop very much thanks to the great facilitation by Mori. We were impressed by the fascinating designs by the students. The students then presented their ideas to the class. They redefined the values of the products, modified the constructions of the package designs, and made little innovative changes to the products. We were highly impressed by their creativity.

Towards the end, the students then made use of limited resources to create mock-ups, which were once again filled with imagination and creativity. Taiwan University of the Arts certainly exceeded our expectations and blew us all away! 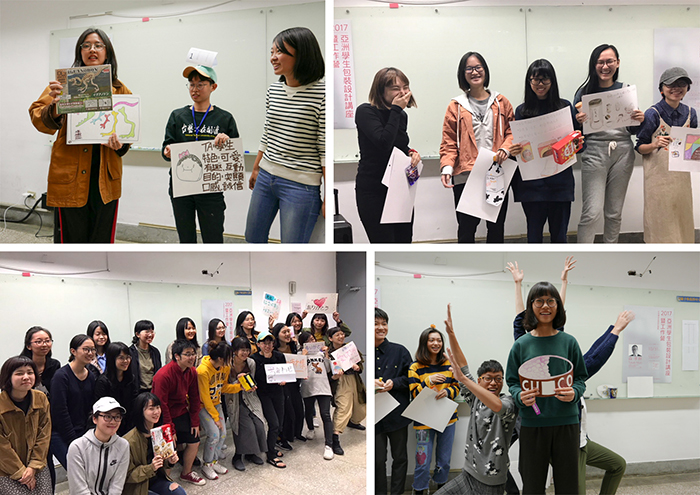 We then ranked the works and gave out Japanese souvenirs as awards for the top three prizes. The whole class was filled with excitement since it started and we believe the students had a very meaningful time too. Of course, it was a very good learning experience for us organizers too. 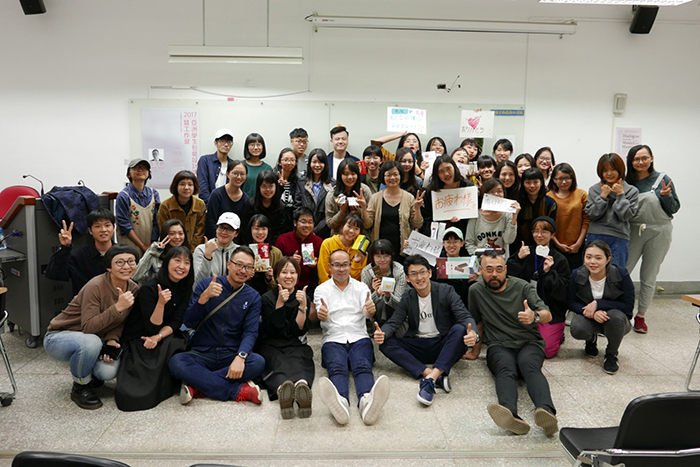 Last of all, we would like to express our gratitude to the dean and teachers of Taiwan University of the Arts, and of course the outstanding students who gave us this incredible experience.

We are looking forward to receiving your applications for next year’s ASPaC!

By Ogawa and Watanabe