JPDA which reached its 50th year since establishment, plans commemorative projects from 2010 through 2011 under the theme of “The first step toward the next half-century”. On October 7, 2010, the ceremony marking the 50th anniversary of the foundation was held at the Tokyo International Forum, and then moved to the Imperial Hotel for the party to celebrate the anniversary and the eve of APD in Tokyo 2010. 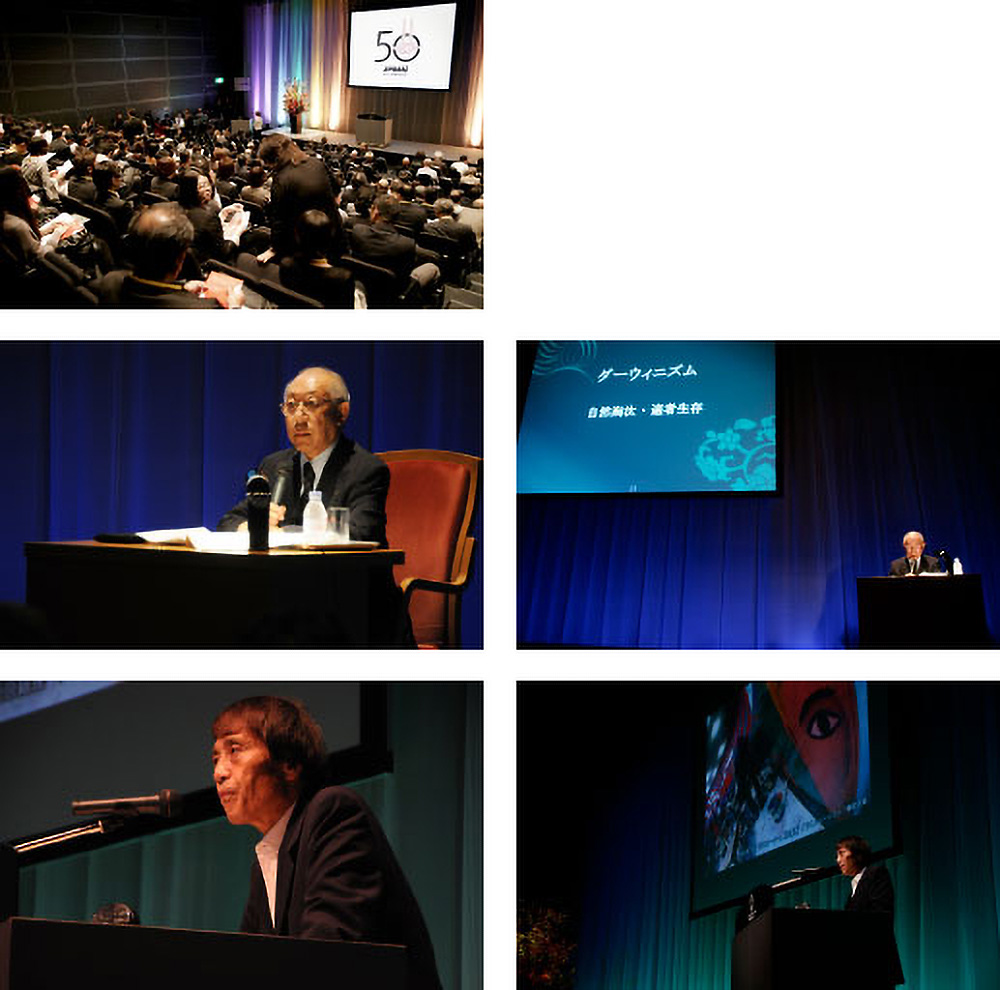 There were 320 participants at the ceremony. It started with an opening address by Mr. Fumi Sasada, the Chairman of JPDA, then congratulatory addresses by guests. These were followed by a keynote speech and a commemorative speech by two prominent speakers.

The keynote speech titled “Shape and Beauty – for work that lasts 100 years -” was delivered by Mr. Yoshiharu Fukuhara who is the Honorary Chairman of Shiseido Co., Ltd. as well as occupying many other key posts. His speech included profound insight and a broad perspective about the way design should learn from nature, history and the change in Japanese culture, as well as a globalizing modern society. His speech sent us a strong message.

Mr. Tadao Andou, an architect, made a commemorative speech titled “Origin of Creation”. He talked about encounters with people from a variety of fields such as the theater, design, music and literature, also the valuable experience he gained by creatively working with those people. We were overwhelmed by his powerful and very humorous talk.

Then we moved to The Fuji Room in the Imperial Hotel for a party to celebrate the anniversary and the eve of “APD in Tokyo 2010”. There were 320 participants including 120 guests from overseas. Starting with the shamisen (a three-stringed musical instrument), the guests were treated to festive music, then, Kagami-nuki (ceremonial opening of the sake barrel for a toast) was performed. Following that, a musical performance by a rock band and a dance performance by Syoryu Matsuri-Daiko, a modern Okinawan dance group, enlivened the party. When Okinawan dance music Kacha-see was played, both Japanese and foreign guests came together to dance to an East Asian rhythm. Lastly all attendees signed a Japanese screen or byobu on a stage and commemorative photographs were taken in front of it. The party was held in a congenial atmosphere. 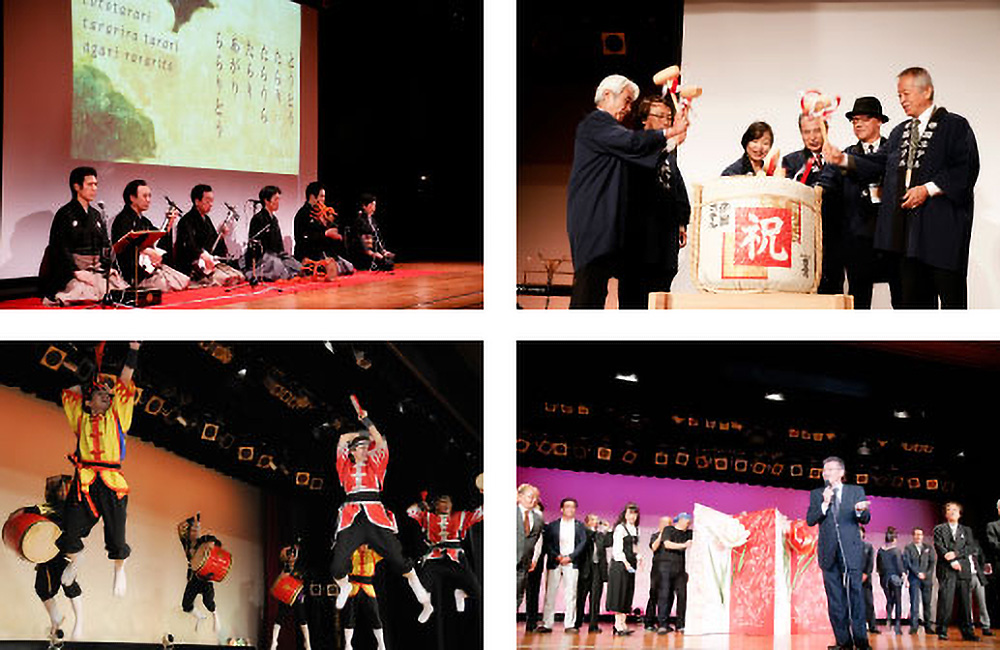