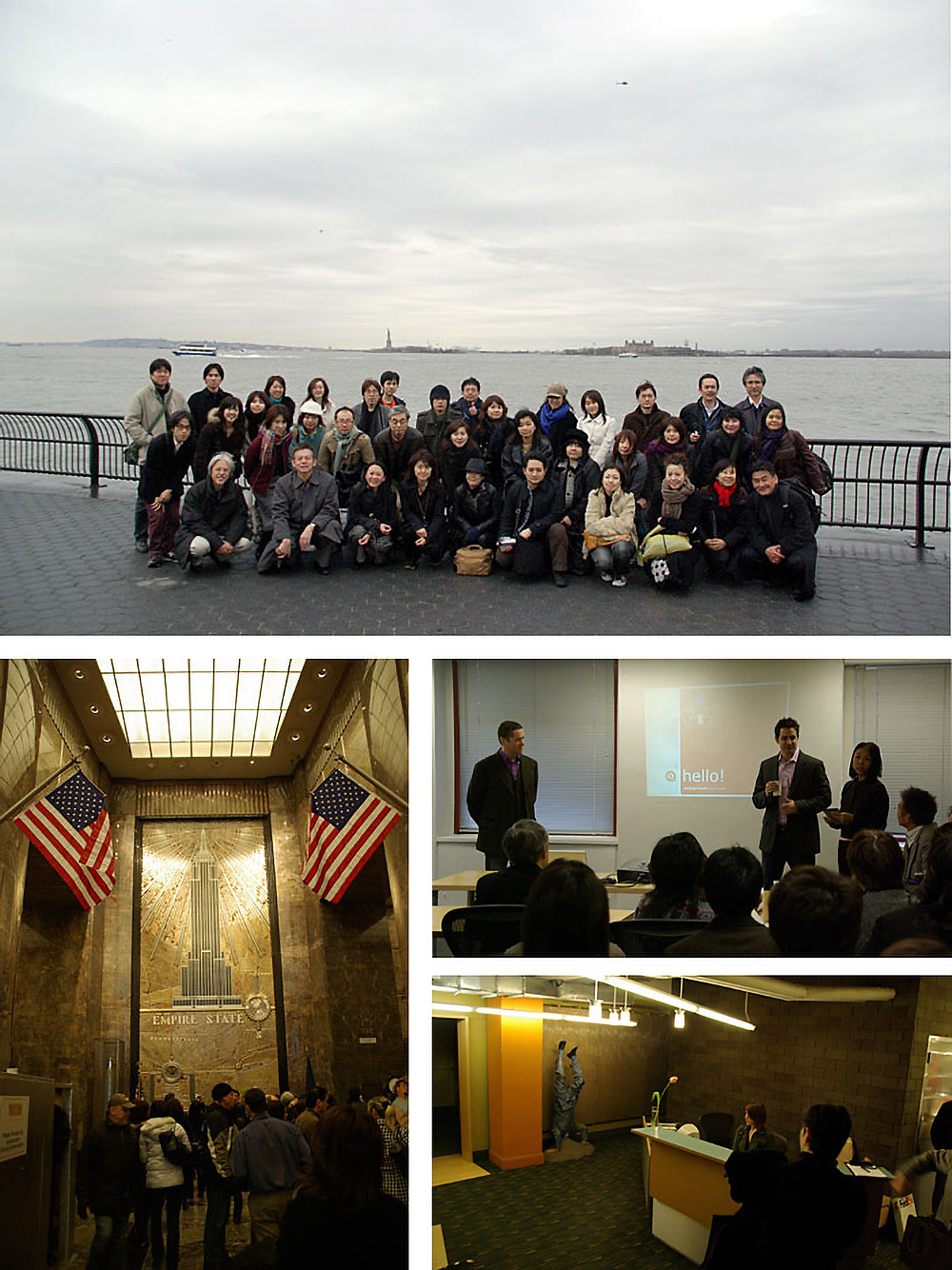 Originally planned for 2001, six years later this fact-finding tour of New York was finally realized. With this trip already having already a high reputation, we increased the number of available places from the regular 30 to 35, and in no time at all we had 39 people involved and had to close the call for participants. Many replies continued to come in after that and we apologize to all those who were unable to take part. We departed on March 15 and arrived in New York in the morning of the same day. Despite the heavily overcast weather and our jet-lag, we began our tour of New York City. Following a simple lunch at the tourist attraction of South Street Seaport and having taken commemorative photos in a park from where we could the Statue of Liberty in the distance, we visited Ground Zero. Still 6 years after those horrendous terrorist attacks, surrounding buildings are being taken apart, repaired and rebuilt. While Ground Zero had the atmosphere of a construction site where new buildings are being built, there was a somber mood running through it. We pay our deepest respects to those who lost their lives there.

On the 16th we began our visits to design companies. First, we visited Sterling Brands, whose offices are on the 17th floor of one New York’s many icons, the Empire State Building. Including local participants, there was a total of 44 of us visiting and after a very warm welcome accompanied with an easy to understand introductory presentation on their work, we were able to look around their studio. After having lunch in the food court at the ever-crowded Grand Central Station, where you cannot help but realize that you are in New York, we visited the elite creative group Doyle Partners. This design company gave us the clear sense of being a place that enjoys its work, primarily in graphic design, but also covering a wide range of other fields such as identity design, print media and package design. With the snow that started to fall during our visit gradually building up, our last visit for the 16th was to Whole Foods Market. We arrived to find the ground was bright white with snow and it was very hard to walk without slipping and sliding all over the place. We only spent a short amount of time there, but we were able to get a very good sense of the current trends in American package design. 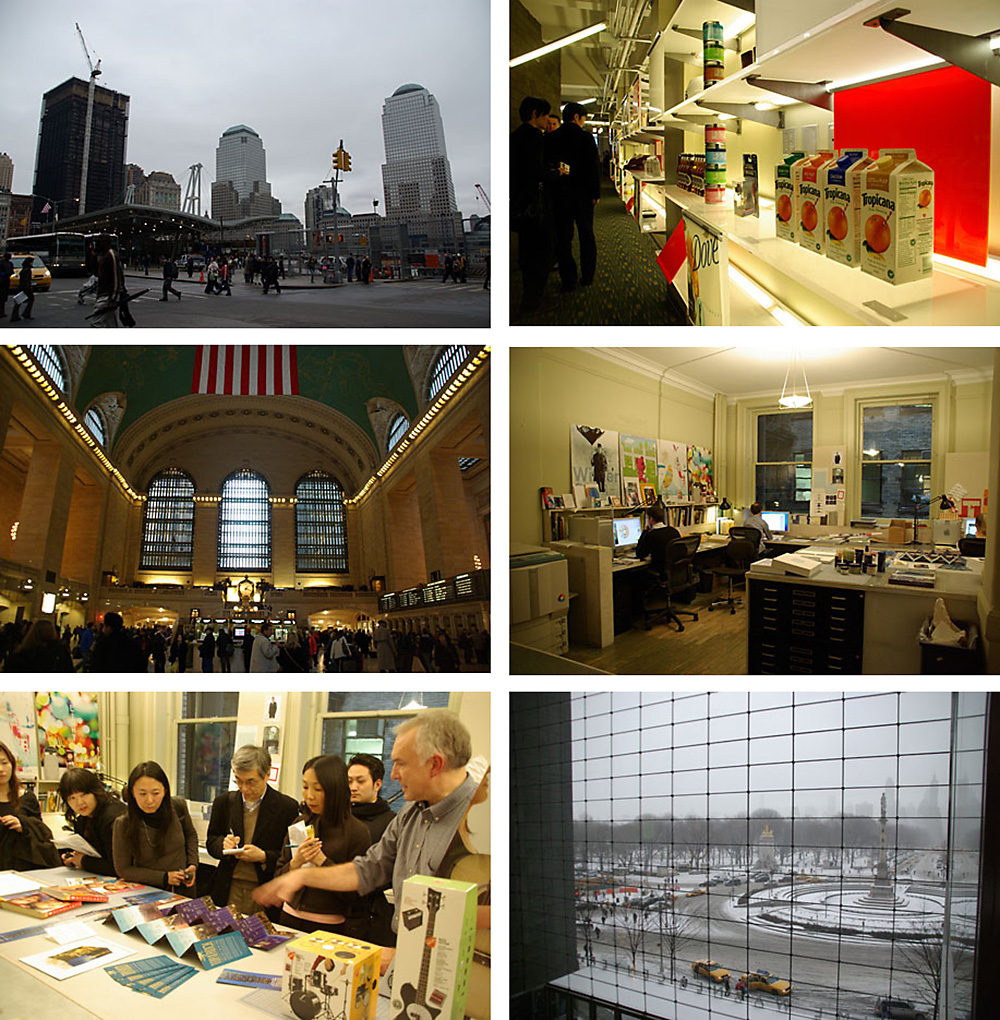 On Saturday 17 and Sunday 18, we spent our time freely visiting museums and shopping. Saturday saw the Saint Patrick’s Day Parade – marking the beginning of Spring – travel down 5th Avenue from 11am to 4pm, and we had a very enjoyable time listening to bagpipes and marching bands and watching Irish dancing. The unexpected snow and parade left us with some very special memories of our trip.

On Monday 19, we visited three design companies. Our first stop was to Smart Design, which mainly focuses on industrial design, but also produces some very interesting related package design. Their office is a wonderful, open and contemporary space from which you look over New York City. Our next visit was to Cornerstone Strategic Branding, Inc., a brand consulting company run by Chris Nunes, who was a speaker at the “New York, N.Y.” international conference held at JPDA in 2002, and they gave us a presentation of the theoretical side to many of the projects they have worked on until now. Our last visit was to Wallace Church, near the United Nations building, which is famous for having one of the longest histories among New York’s package design companies. Many of us felt it to be a very informative visit. It was also very worthwhile indeed for us to listen to Mr. Yasuda, a young Japanese designer working for Wallace Church talk about his work and life in New York. 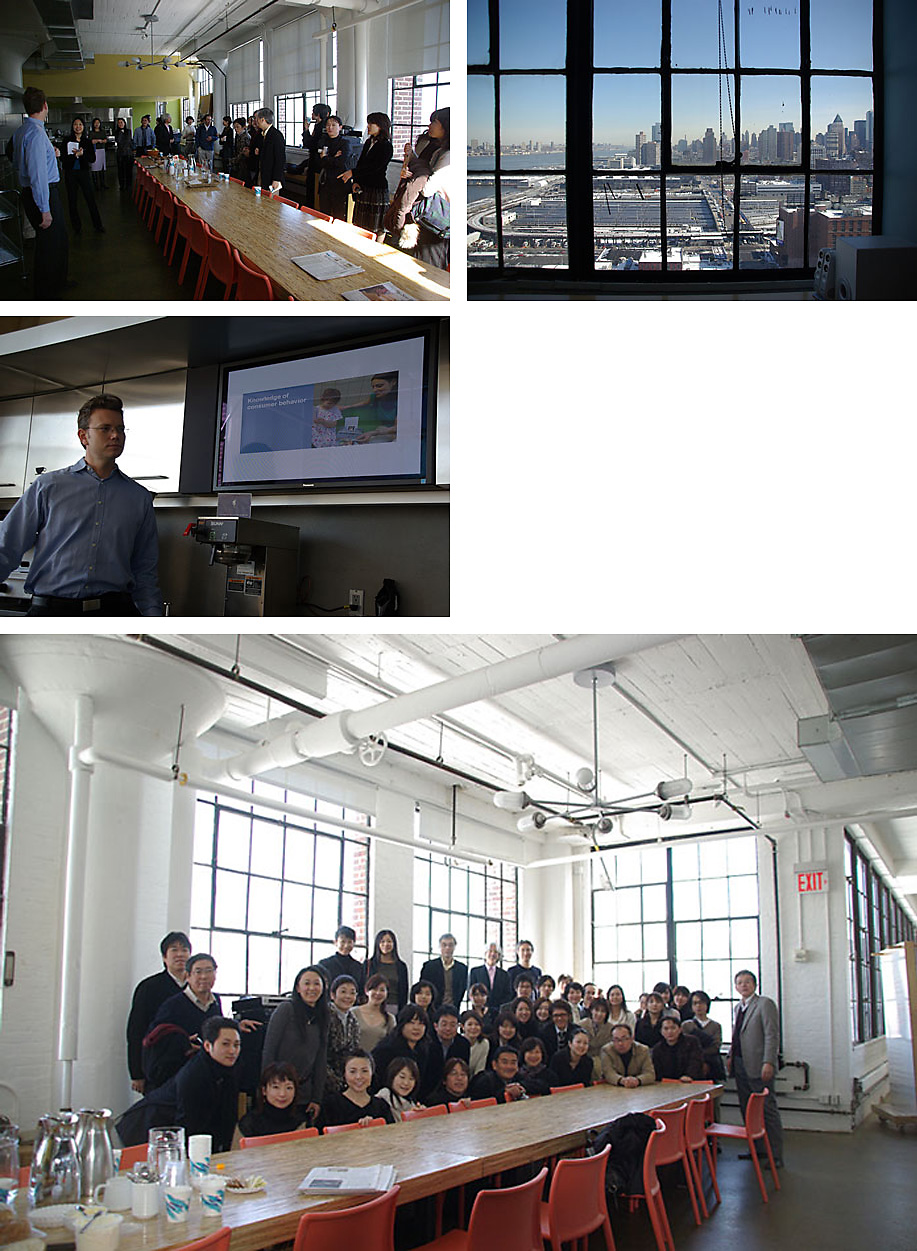 We are very happy that the 39 participants in this fact-finding tour of New York all made the most of their schedules and made it back to Japan safely. We give our deepest thanks to Tomoko Hirao, who was responsible for the gifts we brought to the companies we visited; Masaki Makino, who took all the commemorative photographs; the secretariat staff at JPDA and executive secretary Mr. Yamazaki, who kindly supported this fact-finding tour; Tatsuo Takamura who was in charge of designing the application pamphlet; and finally all of the International Exchange Committee members. 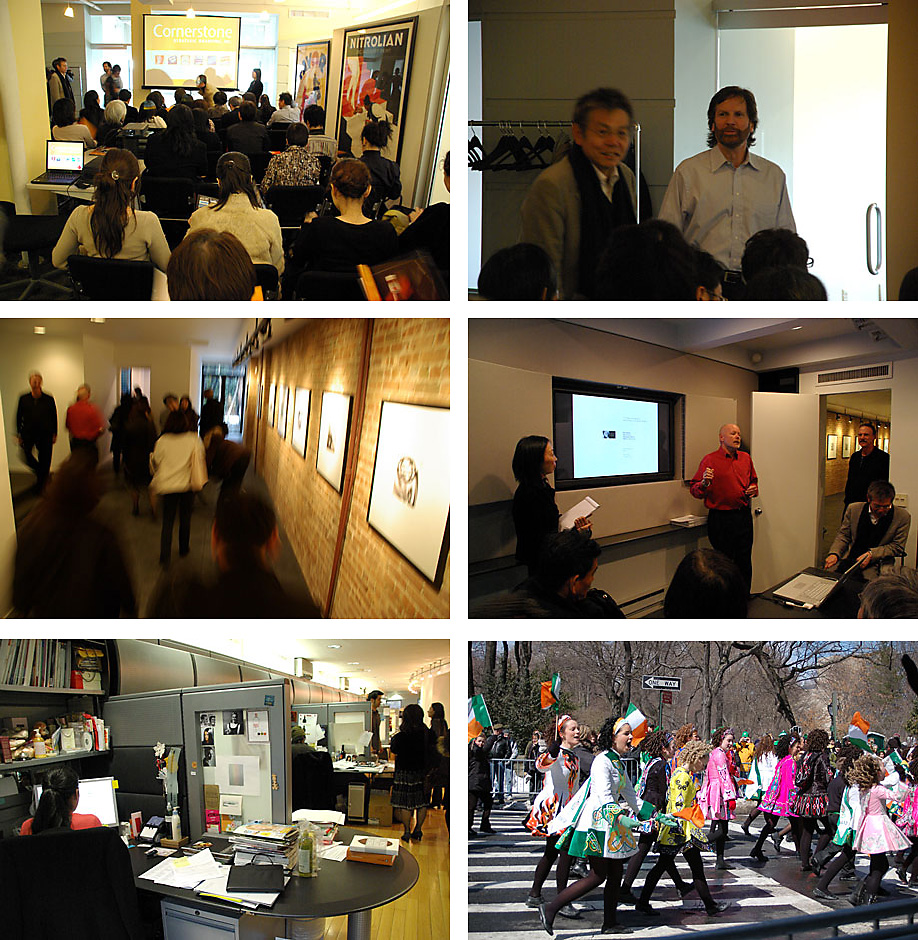